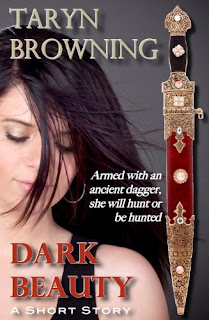 For fifteen-year-old Seeker, Isabelle Crowe, ridding the Houston streets of the undead is an inherited duty, passed down from her Cherokee ancestors. During her first night without her mentor, she encounters Abram, a more experienced Seeker from Chicago looking to avenge his cousin's death. Isabelle quickly learns she must work with Abram to protect her city. With one Seeker already dead, Isabelle's love of the hunt becomes a fight to survive.

This is an unexpectedly entertaining little story. For what little there is to this very short story, there's plenty of urban fantasy-action and nefarious vampires trying to do what they do best—kill humans by feeding off their blood.

The best thing about this story is the main characters, Isabelle and Abram, who are called “Seekers,” and their job is to kill vampires before they can kill humans. Isabelle and Abram appear to be older teenagers, but apparently they're not. There's no real explanation for why they never age, and they both have to move around every four years so people don't start noticing that they look perpetually like they belong in high school.

I find both of them very charming and endearing with their abrasive interaction. Abram is a pretty-boy with a pin-up body who likes to point that out to Isabelle, but in the cutest, silliest way and always with a smile. She just rolls her eyes at him, as would anyone, but she can't help but laugh at him, too. And, she's a tough little girl who wants nothing more than to prove she doesn't need a man to help her kick some vampire-demon hybrid bootay.

The plot is very sparse, but it moves incredibly fast and I'm amazed at how well I understand the characters, despite the concise length. I'd love to see more of these two Seekers doing things together to get the friction going between them. They are super adorable when needling each other, if not outright bickering. Can't wait to read more!

I received this title from the author in exchange for an honest review.