I've decided to do a post of the free e-books I've been able to find and point them out to my followers, just in case you all might want to download them for yourselves. I might actually be able to do this every Friday, but I can't be sure about that, yet.

These are fantasy/paranormal novels, or short stories, that I might not have read, but they are of interest to me. I probably will only post about the free e-books that I'm interested in reading...

by G.P. Ching
This is still free over at Smashwords.com!

When fifteen-year-old Jacob Lau is pulled from the crumpled remains of his mother's car, no one can explain why he was driving or why the police can't find his mother's body. Made a ward of his uncle and thousands of miles from home, a beautiful and mysterious neighbor offers to use her unique abilities to help him find his mom. In exchange, she requires Jacob to train as a Soulkeeper, a warrior charged with protecting human souls.

He agrees to her demands, desperate for any clue to the mystery of his mother's disappearance. But soon Jacob finds himself trapped in a web of half-truths, and questions her motives for helping him. 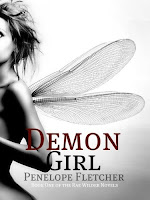 Rae Wilder has problems.... Supernatural creatures swarm the earth, and humanity is on the brink of extinction. Stalked by a handsome fairy who claims she is like him, demonkind, Rae thinks maybe it was a mistake breaking the rules by going over the Wall into demon territory. Plunged into a world of dark magics, fierce creatures, and ritual sacrifice, she is charged with a guarding a magical amulet. The changes to her mind and body are startling, but rather than accept her purpose she struggles against who she is destined to be. Throw in a big lust for a vampire who can't keep his hands off her, and life starts to get complicated. Rae is forced to make the ultimate choice: to live and die human, or embrace her birth-right and wield magics that could turn her into something wicked, a force of nature nothing can control.

Paivi Anderson has it all: friends, a spot on the varsity basketball team, wonderful parents, and quite possibly, her first boyfriend. It was everything a freshman in high school could ask for.

Her perfect life begins to crumble when she discovers her name on a list distributed by a power-hungry presidential candidate. How could anyone think of Paivi as an Enemy of the State? Could it be because of her special powers? No one was supposed to know about them, but the mysterious messages in her tater tots say otherwise.

In Into the Shadows, Paivi quickly learns who her friends are and is forced into a reality she didn't see coming.

Rumpel, a retelling of the Brother's Grimm Rumpelstiltskin
by Eileen Cruz Coleman

RUMPEL is the dark and quirky retelling of the Brothers Grimm Rumpelstiltskin. When foreigners arrive on an island beach in search of a lost spinning wheel which they believe rightfully belongs to them and on which their very existence depends, the island inhabitants—spirits, trolls, mermaids, fallen angels and humans—are thrust into a course of events during which some will become allies and others will turn against their own and seventeen-year-old Elizabeth Miller must defend her unborn child from a vengeful troll, Rumpel, while also struggling to accept that she is the reason why eighteen-year-old Prince Alarick, a fallen angel, chose to give up a chance at redemption.

What did I do to end up in this nightmare?

One minute Franklin Bryant is a normal teenager in school with his girlfriend, Krystal. The next, a reaper leaves him in Trance, the place between worlds where his destiny will be decided. Franklin has been summoned by the demon Charon to help destroy the Mystyx, a group of classmates including Krystal, with supernatural powers that can defeat Charon.


Franklin loves Krystal, but he faces an impossible choice: join Charon and be rewarded with powers beyond his dreams, or refuse and die....