Today, I’m very excited to have my first author guest blogger. I’ve decided to offer authors an alternative to requesting reviews of their books from me. Seeing as how I can’t keep up with reading review copies any longer, I wanted to figure out a way to still do something for them without requiring me to necessarily read their books. They still get exposure on my blog and get to impress my readers directly with their posts.

The following is a guest post by Rosemary Fryth, Australian author of the adult dark fantasy, Dark Confluence 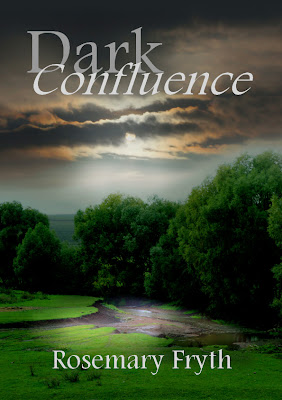 All my life I’ve read fairy tales. As a child I read stories by the Brothers Grimm and Hans Christian Anderson; as an Australian child I also read Snugglepot and Cuddlepie by May Gibbs about her Gumnut babies, and the big, bad Banksia men. As a teenager I progressed onto Tolkien, Susan Cooper and C.S. Lewis. As an adult my fantasy reading became even more voracious, devouring works by Charles de Lint, Raymond E. Feist, Mark Chadbourn, Robert Jordan, David Eddings, and many more. All these books I read and loved; however, for the exception of May Gibbs, all were overseas authors, telling fantasy stories set in England, Europe, Canada or America. As a reader, what I really wanted was an adult fairy story set right here in Australia, in a place I was familiar with, and could relate to.

My love of fairy tales also cultivated in me a love of Celtic mythology, music and culture. Words like the Fae, the Faeries, the Sidhe, and the Tuatha Dé Danann, immediately captured my interest, and I read anything and everything about them. I felt too, that Celtic mythology should not simply be confined to the old lands, to the Celtic lands; but also be transported via words and music to the new lands, to the southern lands where so many families of Celtic ancestry made their home. In my book, the faerie race was my main protagonist; or rather, warring factions with the faeries, who decided to conduct their manoeuvrings for power and influence in an unassuming and small Queensland country town.

So Dark Confluence was written, and recently self-published on Amazon Kindle. It is a dark fantasy/paranormal fantasy/paranormal romance, set right here in Queensland, Australia. Once I started writing Dark Confluence, I felt too that other things needed to be said and written. Nowadays, too many books in the paranormal genre feature teenagers and their love for vampires and werewolves; as an older woman I felt disengaged from these characters, from these heroines. I understood that it was important for ordinary, mature-aged women to be able to relate to the characters in the books they read, so ‘Jen McDonald’ was ‘born’, an ex-patriot Scottish spinster, who, in her fifties, makes ends meet through her work as a proof-reader. Jen is not a beautiful woman—in fact she is quite plain, however because of her gift, she is faced with a problem that few understand, and ends up making what is effectively a life-altering decision. I like Jen as a person—she’s quiet, unassuming, and would rather let the world go by without interference, however she is put in a situation where she may well have to act in order to save her town from destruction.

I also felt that there should be ‘a story, within a story’, so I wove within the plot, messages and meanings that would be especially relevant to Australians who might be seeing their country change before their eyes and feel uncertain and unsettled by those changes—changes that in many ways have not been for the better. It is also a teaching story, with themes of self-sacrifice, of the acquisition of power at any cost, and ultimately the consequences of the same. In many ways Dark Confluence is my personal Pilgrim’s Progress—it may not be Christian fiction as such, but it does have themes that a spiritual person can relate to. There are also universal themes of love, the quest for power, and about making the right sort of choices, not just for you, but for others as well.

I hope to have a sequel out this year, because Jen is telling me that her story isn’t finished yet, and there are other important things still yet to be said.

The small Queensland country town of Emerald Hills is under siege.

Jen McDonald, a small, neat, almost-overlooked spinster in her fifties faces a quandary. Traumatised by a car accident after seeing a mysterious, dark-shrouded figure on the road, the last thing Jen wants to be is a heroine. Is she losing her mind, or is there a far more malign reason for the terrible storm, frightening deaths and vanishings, and other mysterious goings-on in Emerald Hills. Jen feels trapped, not only between warring factions of the Fae, but also by her desire for one of them and that she may be fated by her special gift to be the town’s defender.

Dark Confluence is an Australian-themed, short novel in the dark fantasy genre. It is a modern-day adult fable, and through allegory, it deals with themes of self-sacrifice and the acquisition of power at any cost. It is written for readers eighteen years and older.

Dark Confluence is available for download from | Amazon Kindle |

ABOUT ROSEMARY FRYTH, IN HER OWN WORDS:
I’m on the wrong side of forty, I work and am happily married to a wonderful man, and we have two ‘fur kids’. If you check out my Facebook page you’ll see the furballs in all their wondrous glory. I live in Brisbane, Australia which for all you northern hemisphere folk, is in the sub-tropics…ie hot and humid in Summer. Christmas downunder involves eating vast amounts of prawns and crab and cold chicken/turkey, plus delicious home made trifle, sweating a lot, driving to rellies from one end of town to the other whilst getting hot and bothered, and if you are fortunate, cooling off later in the pool.

My other interests involve vegging out on the sofa whilst watching favourite movies, gaming (currently enjoying Civ5), reading, playing the bodhran at Irish music sessions, listening to a wide variety of music and of course, writing.
You can find her over at her author blog, RosemaryFryth.com.