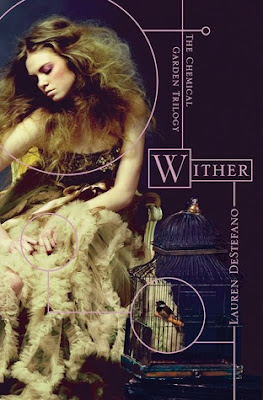 By age sixteen, Rhine Ellery has four years left to live. She can thank modern science for this genetic time bomb. A botched effort to create a perfect race has left all males with a lifespan of 25 years, and females with a lifespan of 20 years. Geneticists are seeking a miracle antidote to restore the human race, desperate orphans crowd the population, crime and poverty have skyrocketed, and young girls are being kidnapped and sold as polygamous brides to bear more children. When Rhine is kidnapped and sold as a bride, she vows to do all she can to escape. Her husband, Linden, is hopelessly in love with her, and Rhine can’t bring herself to hate him as much as she’d like to. He opens her to a magical world of wealth and illusion she never thought existed, and it almost makes it possible to ignore the clock ticking away her short life. But Rhine quickly learns that not everything in her new husband’s strange world is what it seems. Her father-in-law, an eccentric doctor bent on finding the antidote, is hoarding corpses in the basement. Her fellow sister wives are to be trusted one day and feared the next, and Rhine is desperate to communicate to her twin brother that she is safe and alive. Will Rhine be able to escape—before her time runs out?Together with one of Linden's servants, Gabriel, Rhine attempts to escape just before her seventeenth birthday. But in a world that continues to spiral into anarchy, is there any hope for freedom.

This is an old review I wrote (edited a bit) before I started my book blog, so, obviously I couldn't use my newer review format for this one. I apologize for the lack of my current style....

Wither is a really well written YA dystopian and I loved most everything about it. Great story, very interesting premise and great characters. You feel like you're right there with Rhine every step of the way, immersed in her new horrible situation. She's a sixteen-year-old bride forced into a marriage with a total stranger who marries two other girls along with her, so you can feel how piteous this situation is. All of the wives are as different as can be, and it is interesting to see how the youngest (at age 13) loves her new life, while Rhine hates it, and the oldest wife just waits around to die. 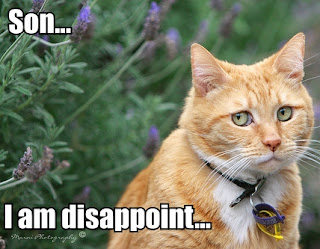 Despite all that works so well, there are some very serious world-building problems. It made it difficult for me to completely "suspend disbelief." As you read this review, you're going to think I mostly hated this book, but that couldn't be further from the truth. Still, I felt the need to address the issues that bothered me when I read it.

In this alternate United States, there is a nationwide genetic problem that causes young people, both male and female, to die in their twenties—or, is it a virus? Both are mentioned as the cause of the shortened lifespans, but they are two completely different things. Which is it? Other things that bothered me were how some of the girls that had been "gathered" (abducted for forced marriages) and not purchased as brides, were shot. Why? The Gatherers shoot them, even though they could sell them alive later on to turn a profit. It's just senseless murder.

On to those pesky starving orphans... They are either so troublesome they require Rhine and her brother Rowan to sleep in shifts every night just to fend them off (before Rhine's abduction), but it's okay for Rhine and bro to both leave home at the same time to go to work. Hard to buy that logic. And, they both go fishing for fish they know they can't eat? Why bother? Why leave the precious basement of your home exposed to those little unarmed orphan pests if they really are such a problem? See, weird logic. How are starving little orphans kids so dangerous, anyway? More weirdness.

There are quite a few things like this that got on my nerves. But, I otherwise really liked this novel and look forward to the rest of the trilogy. I just hope the world-building problems get straightened out. It is as if the author didn't think she needed to invest more time in developing her fictional world completely, thinking everything out so it would make sense.

I have given it a lesser rating as a result. Otherwise, I really thought this book rocked. Make no mistake—this book is very good and worth reading. The writing and story are superb, the characters are interesting, and there is tons of mystery, even the good kind (not just the kind caused by the shoddy world-building). These are just my personal grievances. You may feel differently, so read this one for yourself and see what you think.

| Buy this title from Amazon |