Here's where I babble about a book yet-to-be-released, but is about to be, that I want to read very badly. This one comes out in a week, so I'm just barely doing this post in time! 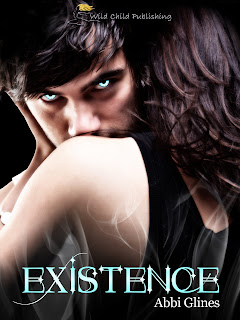 
What happens when you are stalked by Death? You fall in
love with him of course. Pagan Moore doesn’t cheat Death, instead, she falls in love with him.

Seventeen year old Pagan Moore, has seen souls her entire life. Once she realized the strangers she often saw walking through walls were not visible to anyone else, she started ignoring them. If she didn’t let them know she could see them, they left her alone. Until she steps out of her car on the first day of school and sees an incredibly sexy guy lounging on a picnic table, watching her with an amused smirk on his face. Problem is, she knows he's dead. Not only does he not go away, when she ignores him he does something none of the others have ever done; he speaks. Pagan is fascinated by the soul. What Pagan doesn’t realize is that her appointed time to die is drawing near and the wickedly beautiful soul she is falling in love with is not a soul. He is Death and he is about to break all the rules.


Okay, that cover.... <falls down dead> Some covers just make you stop breathing, and this is one of them. Yikes! But, even so, this books sounds totally amazing, if the early reviews are any indication. The main hero character may be one of those dangerous bad boy types, but I don't mind them if they are written right. I loves me some anti-heroes with big hearts. I'm just assuming he'll be like this since this guy Pagan, the main character, falls for is Death. Or, Dank. Something like that...

Who else is excited about this one coming out?