On a remote island in a tropical sea, Celaena Sardothien, feared assassin, has come for retribution. She’s been sent by the Assassin’s Guild to collect on a debt they are owed by the Lord of the Pirates. But when Celaena learns that the agreed payment is not in money, but in slaves, her mission suddenly changes—and she will risk everything to right the wrong she’s been sent to bring about.

I read these novellas during the summer and they are fantastic! These are all prequels to the novel series, Throne of Glass, which is already out now. As of writing and publishing this review, I have yet to read the first novel, but reading these novellas completely sold me on buying the novel, so I have it waiting on my shelf.

These are fully realized, complete stories about the trained assassin, Celaena Sardothien, who is the number one assassin in her country of residence. There are, like a lot of fantasy novels, neighboring kingdoms and she does get to travel to some of the nearby kingdoms during her adventures in assassinating people. She's a funny girl and very much a girly-girl, despite being so deadly. She loves to wear pretty dresses and play the pianoforte. She starts out really spoiled and bratty at age 16, but, through her trials of these novellas, she matures.

I really like Sam, her childhood friend and rival assassin in the Assassin's Guild who becomes her love interest. Definitely no insta-love-upon-meeting-her-soul-mate-nonsense going on here. She just learns to see him a different way because they're both maturing before each others' eyes and he's become pretty darn good-looking in his young adulthood, ahem. I also hate, hate, HATE their boss Arobynn, who really is a truly worthy villain character. My lord, this man is so heinous and Machiavellian, it's sick. What he does to Celaena and Sam is beyond. I've never been so in hate with a villain character. It's pretty awesome.

Celaena doesn't spend a whole lot of time killing people because the stories are more about what she goes through that makes her become who she is by the time you read Book 1, and by then, she has spent some time as a slave/prisoner in the salt mines of Endovier due to the king's punishment. It really sets things up for the novel and I figure I'll have a much firmer grasp on it than would somebody else who just jumps into it without batting an eyelash at the novellas. I love having so much of the story set up and extra material for this amazing series. Check these out, people! 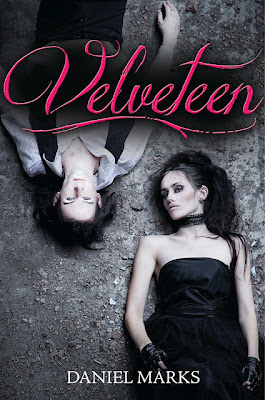 Velveteen Monroe is dead. At 16, she was kidnapped and murdered by a madman named Bonesaw. But that’s not the problem.

The problem is she landed in purgatory. And while it’s not a fiery inferno, it’s certainly no heaven. It’s gray, ashen, and crumbling more and more by the day, and everyone has a job to do. Which doesn’t leave Velveteen much time to do anything about what’s really on her mind.

Velveteen aches to deliver the bloody punishment her killer deserves. And she’s figured out just how to do it. She’ll haunt him for the rest of his days. It’ll be brutal... and awesome.

But crossing the divide between the living and the dead has devastating consequences. Velveteen’s obsessive haunting cracks the foundations of purgatory and jeopardizes her very soul. A risk she’s willing to take—except fate has just given her reason to stick around: an unreasonably hot and completely off-limits coworker.

Velveteen can’t help herself when it comes to breaking rules... or getting revenge. And she just might be angry enough to take everyone down with her.

Velveteen is a book I've been waiting to read for about two years now because I found Danny Marks somehow through his YouTube vlogging. He's such a great personality and he'd vlog about editing Velveteen, getting it ready for his agent to go on out on sub with it, and then had a very quick sale of the manuscript to his publisher. Of course, I was really happy to have been approved for an ARC several months ago.

But, after reading Velveteen, it really wasn't a book that captured my attention for the right reasons. Sure, it's very different YA paranormal fiction from what you've likely encountered, and that is good. The world building is unique and well-detailed—it's interesting, and I had no trouble at all envisioning the world of purgatory and understanding the logic of how it operated. Still, this ends up not being enough to completely save this book for me.

First off, the writing is verbose—very verbose—so, it should have been pared down. It would have trimmed off 100+ pages, as this was a tad too long of a read. Velvet, being the protagonist, starts out with the goal to kill the serial killer, Bonesaw, who is her killer. I love that whole angle, but, weirdly, she doesn't do the most obvious thing and just grab one of his many precious knives and stab him to death in his sleep. As badly as she wants to kill him, I think her reason for not killing him doesn't work. She's too afraid, apparently. Meh....

This is why Velvet feels guilty every time she haunts Bonesaw, or tries to free his victims. She has to do this all secretly. That's fine, hun, but could you just get your revenge over with already? It's kind of sucky having all these shadowquakes because you're so darn undetermined to kill your killer.

Next, I must move on to Nick, Velvet's love interest who just doesn't really need to be in the story because he seems like he could have been excluded and it wouldn't have changed the story much. Although, he does do some heroic things with his inexplicable specialness. He's a golden boy, perfect jock guy whose pretty funny, but still, not really layered with any depth. Neither is anyone else. Although, I suppose Bonesaw is the lone character with any hint of depth, oddly enough.

My biggest problem with this novel is that the real rub of the story, the story itself, doesn't emerge until the very end. Get this: a group of wayward souls, revolutionists, want to escape purgatory and possess the living bodies of humans in order to have a second life. That would make a cool premise for a story, if only it had been used as the actual story for this novel. But, we don't find out that's the motive of the revolutionists until it's nearly over, so it is mostly just a story about an unremarkable teen girl living in purgatory trying not to jump on the hot new guy in front of everybody. She has no purpose, no goal until the end and it's too late to keep the story engaging.

It's not a bad read, but one that doesn't engage the emotions much because life is too easy for Velvet until the very, very end and it's just too late to cop a care for her, or anybody else, by then. Depending on taste, you may find this a really fun story, so go ahead and try it if it sounds like your cup o' tea.

*I received a copy of this book as an ARC from the publisher in exchange for my honest review. 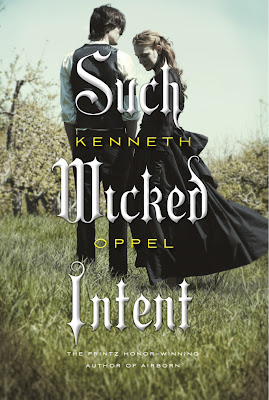