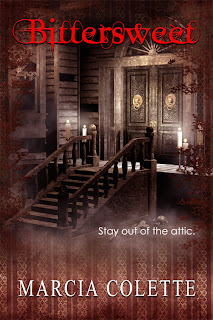 Five years have passed since Phaedra has seen her older, estranged brother. She’s hesitant about his return and even more so when he comes bearing a cure for their mother. However, this so-called antidote, having sex with an incubus, comes with a catch that's larger than the statutory rape implications. The incubus who's willing to help the Thornes has unwittingly been followed by beings who call themselves hags. They want to drain the demon dry of his power and don’t care if they threaten Phaedra's desire to have a normal family. She’ll do whatever it takes to protect her loved ones, even if that means trusting her uncontrollable powers won’t kill everyone in the process...including a Child Welfare official who'll decide in thirty days if the Thorne household is safe enough to raise children.

*I received this title as a complementary copy in exchange for my honest review.