Happy 4th of July, everyone!! 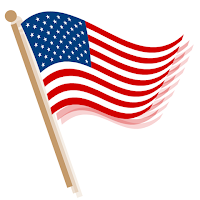 It's time for this week's Book Haul blog post, although I don't know if the books I got are patriotic (that's why I added the flag. It makes up for lack of patriotism...). I got some really "revolutionary" books this past week. Well, they're just awesome. 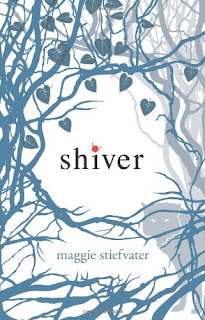 Shiver (The Wolves of Mercy Falls, #1)
by Maggie Stiefvater


Grace and Sam share a kinship so close they could be lovers or siblings. But they also share a problem. When the temperature slips towards freezing, Sam reverts to his wolf identity and must retreat into the woods to protect his pack. He worries that eventually his human side will fade away and he will left howling alone at the lonely moon. A stirring supernatural teen romance.
I got this as a free audiobook from AudiobookSync.com's Summer YA audiobook program. They gave this book away for a week, so I snatched it up like a hotcakes were going out of style. I need to write my review for it, since I couldn't resist diving straight into it as soon as I got it loaded into my iPod. 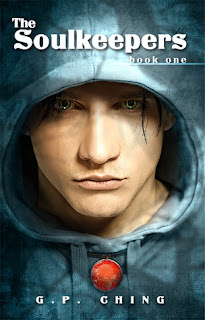 
The night sexy and mysterious Abigail Silva comes to Jacob Lau's bedroom window, he doesn't believe she's real let alone a supernatural force who lives just across the street. Abigail says she's his Helper sent to train him as a Soulkeeper, a gifted warrior responsible for protecting human souls. But Abigail has secrets, and as Jacob is pulled into her strange world, he learns those secrets could cost him his family, his girlfriend, and even his soul.
Let's just put it this way: The Soulkeepers is a rare book to have garnered many 5-star reviews at Goodreads.com. Now, that is saying something. At least, I take note of any novel that can get those reviewers to like it enough to give it as many stars as possible. I quickly bought this on my Kindle when G.P. announced it was going off sale a day or two later. Didn't want to lose such a great chance to get it cheap.

And, this cover.... You need to bury me because my corpse is three days old. I LOVE this cover to death! Uber love. One of my favorites. Can't wait to read this one. 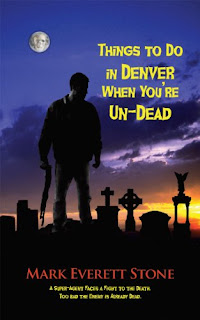 For ten years Kal Hakala has been the Bureau of Supernatural Investigation's top man, the longest surviving agent in its blood-soaked history. There has been no case he couldn't crack, no monster he couldn't kill. Until a plague of zombies in Denver turns into an investigation of a vicious serial killer dubbed The Organ Donor. Fueled by rage and a hatred of all things supernatural, he dives headlong into the one mystery that could finally kill him.
I received this as an ARC from the publisher as I was asked for a review of it. Clearly, it's a comedy and I've been craving something funny to read for a little while, so this came along at just the perfect time. 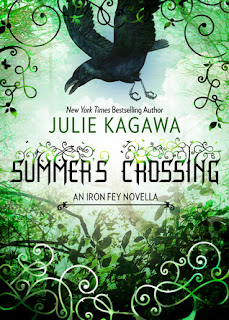 A Midsummer's Nightmare? Robin Goodfellow. Puck. Summer Court prankster, King Oberon's right hand, bane of many a faery queen's existence—and secret friend to Prince Ash of the Winter Court. Until one girl's death came between them, and another girl stole both their hearts.

Now Ash has granted one favor too many and someone's come to collect, forcing the prince to a place he cannot go without Puck's help—into the heart of the Summer Court. And Puck faces the ultimate choice—betray Ash and possibly win the girl they both love, or help his former friend turned bitter enemy pull off a deception that no true faery prankster could possibly resist.
I actually got this ebook on my Kindle a few weeks ago, or so, for free (and it still is!). I just forgot to put it in a Book Haul blog post earlier. I've read this already and my review will be going up after I put up my review for The Iron Queen, the book that just preceed's this short story. I'll just say I was very excited to get this, since it's all Puck's POV and how could that NOT be fabulous?

I love getting awesome book hauls!
Posted by Cathy Keaton on Monday, July 04, 2011