In which I do an e-book only version of a recent book haul.

Amazon.com just recently had a "Sunshine Deals" sale on many of their Kindle e-books, so I couldn't resist buying some reads I've had my eye on that suddenly became SO cheap! 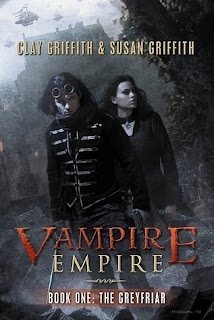 
Vampire predators run wild in this exciting steampunk adventure, the first in an alternate history trilogy that is already attracting attention. In 1870, monsters rise up and conquer the northern lands, As great cities are swallowed up by carnage and disease, landowners and other elite flee south to escape their blood-thirsty wrath. One hundred fifty years later, the great divide still exists; fangs on one side of the border, worried defenders on the other. This fragile equilibrium is threatened, then crumbles after a single young princess becomes almost hopelessly lost in the hostile territory. At first, she has only one defender: a mysterious Greyfriar who roams freely in dangerous vampire regions.
This looks like a really fun book series! I can't wait to get into this adult series, which will be added to in September with the second installment. It sounds really epic, and the cover is so radical! One of my faves. 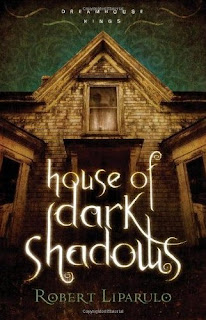 
When the Kings move from L.A. to a secluded small town, fifteen-year-old Xander is beyond disappointed. He and his friends loved to create amateur films . . . but the tiny town of Pinedale is the last place a movie buff and future filmmaker wants to land.

But he, David, and Toria are captivated by the many rooms in the old Victorian fixer-upper they moved into--as well as the heavy woods surrounding the house.

They soon discover there's something odd about the house. Sounds come from the wrong directions. Prints of giant, bare feet appear in the dust. And when David tries to hide in the linen closet, he winds up in locker 119 at his new school.

Then the really weird stuff kicks in: they find a hidden hallway with portals leading off to far-off places--in long-ago times. Xander is starting to wonder if this kind of travel is a teen's dream come true . . . or his worst nightmare.
Gotta say, 'hidden hallways with portals leading off to far-off places, in long ago times' sounds really COOl to me. This series already has quite a few books in it, but it's never too late to start a great read. 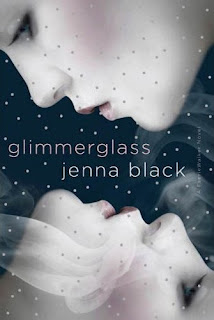 
It’s all she’s ever wanted to be, but it couldn’t be further from her grasp…
Dana Hathaway doesn’t know it yet, but she’s in big trouble.  When her alcoholic mom shows up at her voice recital drunk, again, Dana decides she’s had enough and runs away to find her mysterious father in Avalon: the only place on Earth where the regular, everyday world and the captivating, magical world of Faerie intersect. But from the moment Dana sets foot in Avalon, everything goes wrong, for it turns out she isn't just an ordinary teenage girl—she's a Faeriewalker, a rare individual who can travel between both worlds, and the only person who can bring magic into the human world and technology into Faerie.
Soon, Dana finds herself tangled up in a cutthroat game of Fae politics. Someone's trying to kill her, and everyone seems to want something from her, from her newfound friends and family to Ethan, the hot Fae guy Dana figures she’ll never have a chance with… until she does.  Caught between two worlds, Dana isn’t sure where she’ll ever fit in and who can be trusted, not to mention if her world will ever be normal again.

This e-book was actually not one of those Amazon "Sunshine Deals", but it was a very cheap first book in the Faeriewalker series. I was pretty happy to discover the great deal they give you on the e-book version. 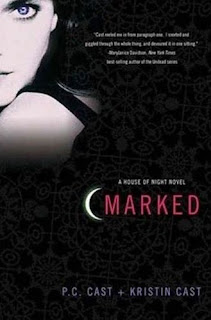 The House of Night series is set in a world very much like our own, except in 16-year-old Zoey Redbird's world, vampyres have always existed.  In this first book in the series, Zoey enters the House of Night, a school where, after having undergone the Change, she will train to become an adult vampyre--that is, if she makes it through the Change.  Not all of those who are chosen do.  It’s tough to begin a new life, away from her parents and friends, and on top of that, Zoey finds she is no average fledgling.  She has been Marked as special by the vampyre Goddess, Nyx.  But she is not the only fledgling at the House of Night with special powers.  When she discovers that the leader of the Dark Daughters, the school's most elite club, is misusing her Goddess-given gifts, Zoey must look deep within herself for the courage to embrace her destiny--with a little help from her new vampyre friends.
This wasn't a "Sunshine Deal" either, but is a very cheap first e-book in the House of Night series. Everybody's read this book, except me, so I suppose I have to get with the program...