So, here are the books I got recently that I really hope I get a chance to review on this blog someday. But, if not, then y'all know I got 'em, anyway... 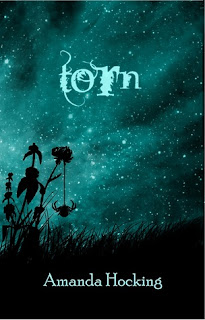 by Amanda Hocking
Wendy thought she finally understood who she was and what she wanted, but everything changes when the rival Vittra come after her.
She's caught between two worlds, torn between love and duty, and she must decide what life she is meant to lead.
I really liked Switched, the first book in the Trylle Trilogy series, so I definitely needed to get the next installment. I also bought a physical paperback book, rather than the e-book edition. 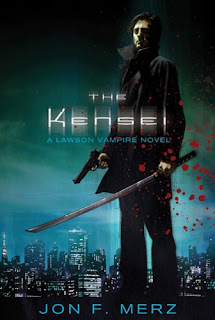 The Kensei
by Jon F. Merz

Meet Lawson. A cynical, wise-cracking vampire charged with protecting the Balance between vampires and humans, he is part cop, part spy, and part commando — James Bond with fangs. Lawson mixes shrewd cunning with unmatched lethality to get his job done. He tries his best to dismantle conspiracies, dispatch bad guys, and live long enough to get home. In The Kensei, a battle-weary Lawson heads to Japan for a little rest and some advanced ninja training. But he no sooner steps off the plane than lands in the midst of a Yakuza turf war orchestrated by a shadowy figure known as the Kensei. With the help of Talya, a former KGB-assassin, Lawson must put a stop to the Kensei’s organ trafficking networks, prevent the creation of an army of vampire-human hybrids, and save his own skin in the process.
My interest in this book comes from a few of my favorite things all wrapped up into one shiny book (well, not literally. It's a matte paperback). Vampires + Japanese swords (aka katana) + Japan. All that pretty much means = I'M GOING TO READ THE BOOK. You don't have to twist my arm, hun. Subarashii! 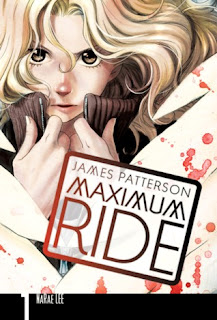 
Fourteen-year-old Maximum Ride, better known as Max, knows what it's like to soar above the world. She and all the members of the "flock"--Fang, Iggy, Nudge, Gasman and Angel--are just like ordinary kids--only they have wings and can fly. It may seem like a dream come true to some, but their lives can morph into a living nightmare at any time...like when Angel, the youngest member of the flock, is kidnapped and taken back to the "School" where she and the others were experimented on by a crew of wack jobs. Her friends brave a journey to blazing hot Death Valley, CA, to save Angel, but soon enough, they find themselves in yet another nightmare--this one involving fighting off the half-human, half-wolf "Erasers" in New York City. Whether in the treetops of Central Park or in the bowels of the Manhattan subway system, Max and her adopted family take the ride of their lives. Along the way Max discovers from her old friend and father-figure Jeb--now her betrayed and greatest enemy--that her purpose is save the world--but can she?
Well, I really love to read Japanese manga, so reading novels adapted into American mangas is a no-brainer for me. I haven't read the Patterson novel this is based on, but I'm sure I will if this story ends up interesting me enough. I look forward to what looks like very beautiful manga artwork in this book.

Aww... Book hauls are so addictive... If only they weren't so expensive!