Book Review: The Girl in the Clockwork Collar by Kady Cross 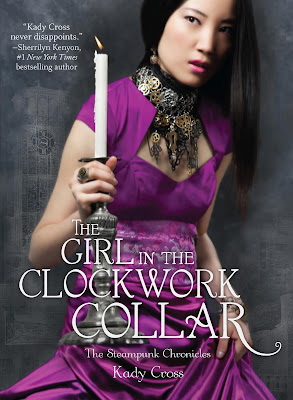 The Girl in the Clockwork Collar (The Steampunk Chronicles, #2)

Sixteen-year-old Finley Jayne and her "straynge band of mysfits" have journeyed from London to America to rescue their friend Jasper, hauled off by bounty hunters. But Jasper is in the clutches of a devious former friend demanding a trade-the dangerous device Jasper stole from him...for the life of the girl Jasper loves.

One false move from Jasper and the strange clockwork collar around Mei's neck tightens. And tightens.

After reading The Girl in the Steel Corset, I wasn't all that thrilled about reading the sequel, but before I read the first book, I had already obtained an advanced reader's copy of The Girl in the Clockwork Collar. I had to read it and hope it impressed me more than its predecessor.


*I received this ARC from the publisher in exchange for my honest review.